We are very excited and honored to announce that His Holiness the Sakya Trizin has assented to bestow the oral transmission of the Chakrasamvara Root Tantra at the request of Khenpo Migmar Tseten and the Sakya Institute for the benefit and blessings of all Chakrasamvara and Vajrayoginī practitioners. His Holiness will bestow the oral transmission after the Chakrasamvara Body Mandala Empowerment on April 12th, 2015. Tickets are still available. Please visit www.sakya.net to purchase the tickets and for more details.

There exists a very special lineage of the practice and explanation of the Chakrasamvara tantra held called “The Ultimate Secret”. The Ultimate Secret is the special oral instructions on the Chakrasamvara system which comes from Mahāsiddha Naropa and was only passed onto his Nepalese disciple, Abhayakīrti of modern day Pharping (Phaimting), Nepal, whose Vajrayoginī temple still exists today.

Towards the end of Mal Lotsawa’s life, he met Sachen Kungpa Nyingpo to whom he granted all his teachings, including the eight deity Mahākala that is the main protector practice of the Sakyapa school. Thus Sachen became the main heir of the Ultimate Secret system. 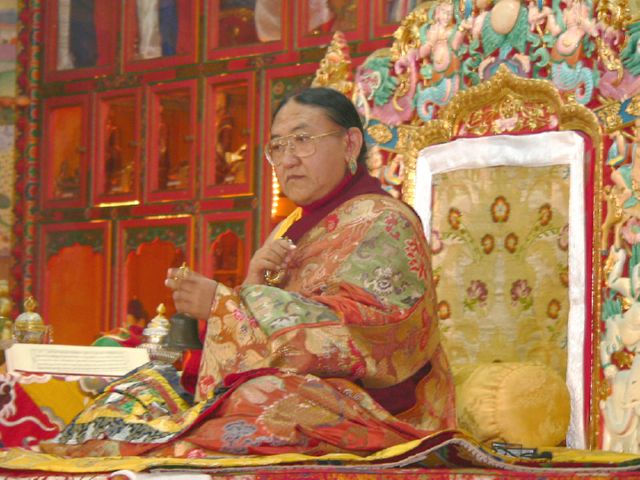